"81 people are employed in looms and industrial fabric of Morella, in cordellates, estameñas and barranganets factories: 49 people who prepare the wool, 18 tailors, 12 shoemakers, blacksmiths and 23 auxiliary 11 masons and carpenters 21 manufacturers of sneakers, and 114 farmers, who live in farms, country houses or cortijos." This paragraph has been extracted from the Relación del corregimiento Villa de Morella from 1770, which shows the importance of the textile industry.

The textile industry has marked the destiny of Morella for centuries, until the early twentieth century, when a period of decay for the textile industry. This led to the closure of businesses and industries, and at the same time, the emigration of dozens of residents of the city and other places of Els Ports to the Catalan region. Time has passed, and despite the exodus of the population that suffered the crisis of the twenties, Morella has not lost its textile tradition.

Throughout history, Morella and the whole region of Els Ports
have been a land of textile production, where they sewed fabrics for farming and livestock. Bags, shepherd's blankets, mules' panniers, and tissues; some products, such as blankets, bedspreads or towels are still being manufactured, for domestic use. It was a region, which exported its products to other countries, and in Spain, the "Faixero" was a well-known figure that roamed the country and the cold lands of Spain to sell his blankets and wool and cotton belts. In Cinctorres, a village known for the fabrication of belts, the "Faixero" is a recognized profession of local history that still manufactures belts, especially for the festival of San Fermín in Pamplona.

If you walk through the streets of Morella, you will find many shops that have recovered this textile industry, family businesses that still offer traditional products such as blankets, bags and belts from Morella. But there is also an interesting offer of woolen garments. Morella was a city of carders, dyers and weavers who created clothes and costumes for the traditional Mediterranean festivals. Many visitors buy wool when the come to Morella and they can choose among a wide range of clothes shops and accessories stores. There are also other trades and crafts, that maintain its beauty and quality, as pottery, carved wood, wicker and wrought iron.

There are shops that still sell crafts that, throughout history, have left their mark on the artistic wooden eaves or balconies and wrought iron gates of Morella 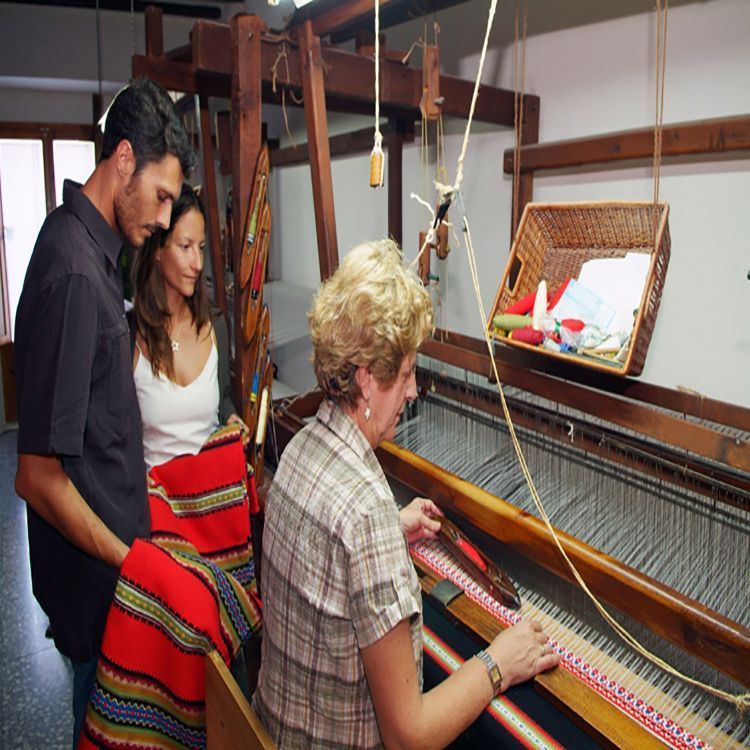